The dynamic positioning system is used in ships and vessels that voyage into deep seas for holding on to the course without deviations. There are various levels of DPS according to the purpose of the ship. 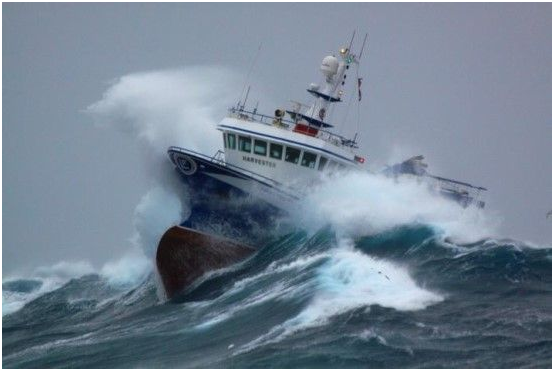 Dynamic positioning is largely used in research ships and drilling vessels. These ships and vessels need to voyage deep into the ocean or sea where winds and waves are unpredictably high. In such situations, the crew finds it very difficult to lay and hold the anchor. A ship enabled with dynamic positioning can get to know about the changes in the wind and the waves. This allows the ship to suitably stay in course without having to compromise on its main purpose.

Dynamic positioning ships use pushers and propellers to make the ship stay on course and steady rather than carried away by moving wind and waves. These ships are independent of an anchor or other support systems. This is perhaps the most advantageous feature of the system of Dynamic Positioning. In the olden days, there was always a chance for ships to collide in deep-sea and ocean due to the changing current and the wind. Ships use to move out of course and thus getting lost and never to be found. With the incorporation of SONAR along with dynamic positioning system, radar and other comprehensive detection, ships have started finding it easy to maintain their pace and steady their being in the deeper parts of the ocean or sea.

Dynamic Positioning system has a control panel which reads the wind speed and wave fluctuations. The signals received are then passed on to the ship’s propellers so that it enables the ship to be steady and maintain its course. There are currently three different levels of dynamic positioning that can be used depending upon the kind of ship on which dynamic positioning can be enabled.

A level 2 DPS is installed on a ship on which drifting away from the course can bring serious malfunctioning and damage to the ship. Dynamic positioning system has high-end computer applications and diving watercraft in case of any major emergencies during the voyage.

Level 3 dynamic positioning system has similar equipment just like the Level 2 DPS. The Level 3 DPS system has a back-up system at another location. The backup system is made to face emergency situations in-case the main DPS systems get destroyed due to water penetration or fire from short-circuit or any other inadvertent casualty. Generally, oil tankers which drill in the deep parts of the ocean are equipped with a Level III Dynamic Positioning system.

Currently, only naval vessels and branded ships incorporate Dynamic Positioning. But since conserving and preserving the environment and the eco-system has become the need of the hour, it is only logical that Dynamic Positioning becomes the future of marine vessels in order to preserve the marine ecology with every bit of technological knowledge man has in his power and disposal.

Maritronics is a leading maritime service provider with best in class technicians and machines. All kinds of Marine equipment are serviced and repaired by expert technicians from Maritronics. Check your ship or vessels with Dynamic positioning system with expert engineers before the start of a major voyage.