Marine gauging systems are essential marine equipment on ships and off-shore industries to accurately measure the amount of tank contents. Its successful use in inventory management in the marine sector prevents product lose, optimize product movement and protection of the marine environment. 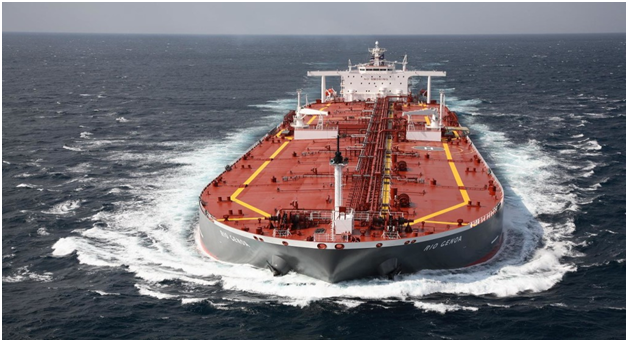 Every modern chemical tanker must have an accurate and reliable tank gauging system. The system must be capable of measuring the tank content at any level of filling and must be independent of the high level and overflow control system. The Code specifies three different types of gauging systems dependent upon the flammability and toxicity of the cargo; open gauging, restricted gauging and closed gauging. Many chemical cargoes may not be gauged by manual dipping because to do so requires an opening to the atmosphere during operation. The use of completely closed gauging systems is necessary so that no vapour is emitted. Examples of closed systems are float gauges or radar systems. Indirect measuring methods such as flow metering may also be used. Cargo ships can be gauged through openings in the ullage space. This is called open gauging.

Tankers have closed gauges. They consist of a float which rises vertically on the liquid. It is attached to tape to an indicating device for local reading, with provision for a drive mechanism for remote reading. Certain important points to check while checking the gauges,

Maritronics with their extensive service and expertise can provide all kinds of marine services. For checking the accuracy and maintaining the reliability of Float Gauges, you can contact marine service engineers from Maritronics. Our engineers explain different types of gauge systems that are currently available for various ships and vessels.

Maritronics, a leading maritime service company in the United Arab Emirates providing reliable and trusted service for almost 40 years is the best choice for all your marine equipment repair, fix and installation.